Every software developer has to choose their niche and specialize to aim for perfection. Booongo specialize with slots. They say they are not game crafters but individuals passionate about playing slots. They are dedicated to seeing their players get the best out of the casino, and also ensure the casino makes some profit. This is by coming up with the best slots to attract the VIP players.

Booongo also support young talent through their developer program. The program allows the young software developers who may not have sufficient funds to support their projects by letting them using their technological framework. 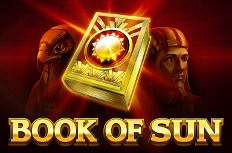 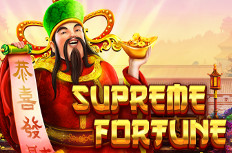 There is little to say about the history of the Booongo because it has been on the market for less than five years. It is the excellent reputation it has created for the few years that have brought it to the limelight. They are located at Curacao, E-commerce Park Vredenberg. Their other offices are in Taiwan and Taipei.

Booongo have been dedicated to giving their players the best. Despite them having few games, approximately 20, in the last year, many players were still excited to play their slots. This is because their games have beautiful story lines that can hold the players to keep playing.

Booongo offers three services to the casinos. They offer slot machines, RGS (Remote Graphics Software), and Backoffice. The RGS allows quick interaction. Backoffice, on the other hand, is a game controller than can be used in mobile phones and other devices. All their slots are 2D, and 3D HTML5 verified. This says a lot about their concern for security and smooth playing for the players.

Many casinos are embracing their games because they can already spot the future of Booongo based on their strategies and plans.

This is probably the most interesting thing about Booongo, that they do not diversify. They only concentrate on slots. As much as this may be a disappointment for the table games lovers, they do not develop them. They aim to focus and be innovative with slots to see that they craft the best slot games. Fortunately, they are doing great in the venture they chose. Their slots are already popular despite having been in the market for such a short period.

Booongo have continued to entertain their players in 2018. This month is a big month for Booongo and their players because they are scheduled to release their first game in 2018 - 888 full. It will be a 3- reels video slot with bet winnings of up to x6000. Later in October, they will launch the Supreme Fortune, which is much like a Chinese Fortune. Lastly, they will release Book of Sun, their last game of 2018 in November.

Booongo has invested in the graphics. They pride from the fact that their illustrations fit with all their games regardless of the game the players pick. They have ensured that the visuals are great whether their players are using the PC, mobile devices or tablets. They have incorporated animations that relate to their games and quality audio that match their graphics. The high visual appeal has significantly contributed to the popularity of the Booongo.

If you are the visual kind of a person who is motivated by excellent graphics, then with no doubt Booongo will give you a lifetime experience because it has this combination in all their slots. Imagine all the knowledge they have concentrated in slots to give you their best. This only explains the great visuals at the Booongo.

The cherry on top is this is hardly the third year Booongo is in the market, you can imagine what to expect from them a decade from now.

You do not want to end up losing in all your games. Every gambler looks forward to a big win. It is constant winning that motivates players to keep playing. This is why is important for you to know the RTP of the software developers before playing.

The RTP of Booongo is between 95% and 96%. These rates are quite promising for the players. They have a high probability of winning. Besides, the games come with great features that allow the winner to enjoy a prize or bonus upon completion of a game.