International Game Technology is a firm that allows the gamers around the world to play from all the channels. IGT was founded in 1974, and it has over 10,000 employees. It operates in more than 200 countries across the globe. Under the leadership of the Chief Executive Officer, Marco Sala who assumed the seat in 2003, the firm has accomplished a lot.

They have a broad portfolio to offer their clients, and they have established strong bonds with the senior boards of the gaming industry as well as the governments to be able to deliver their games without any hiccups. 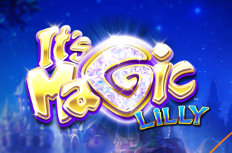 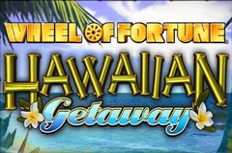 IGT Company has gone through multiple changes in its lifetime. The company currently goes with the name International Game Technology PLC, a name it acquired after its merger with Gtech in 2015.

IGT was founded in 1975 by investor William “Si” Redd” and went by the name, A-1 Supply. It changed its name to Sircoma in 1978, and later in 1981, switched to IGT. It went public in 1981 after its success with the development of its first video slots which gave them free entries in multiple arenas. In 1984, IGT further grew through its acquisition of Electronic Data Technologies that rendered it the first company to use computerized playing tracker method. The success of IGT led to its appearance on NASDAQ. IGT was the first company to introduce the progressive system machine in the industry through Nevada Megabucks slot machine. The machine earned casinos million-dollar payouts, with its first $1 billion jackpot.

In 1991, IGT was listed in New York Stock Exchange (NYSE). Generally, IGT has introduced multiple technologies in the gaming industry, which other software developers emulate. For this reason, IGT has remained the most prominent game software company in the world. Only time will tell us the next surprise the company has for its gamers.

The only reason IGT is considered a premium brand is because they are titans in the designing of their games. Their slot games come with lovely storylines, wild symbols, bonuses, scatters and free spins all inclining you to the winning side.

Take the 100 girls game, for instance, it has 5 reels and 100 paylines, hence the name. The game is a story of two ladybugs who find love. The wild symbol that gives you a large payout is the multiple ladybugs icon. Other symbols include a male ladybug, a female ladybug, a leaf, a sunflower, Queen, the standard king, and the bonus symbols. The game has 10 free spins, and the wild ladybug symbol can trigger more free spins.

All the IGT games have great themes and features, so you are assured of fun regardless of which game category you choose.

It goes without saying that the graphics of IGT are unbeatable. Having introduced multiple technologies to improve the game designing in the online casinos' industry, they are the leading developers in the delivery of their games when it comes to the visuals and graphic designs of their games.

For example, when playing the 100 ladybugs, the field of the game has beautiful sunflowers and floating bubbles. They use cartoons for their characters, and the pictures are crystal clear. The choice of colours of the whole scene only makes the player fall in love. The background music plays the same role as the other graphics of the game. The player connects with the characters which are what great graphics should do.

IGT graphic designers also do great when they have to get fierce, for instance when playing the Triple Fortune Dragon Slot the background sounds of the girls in hostage by the evil dragon are scary. The whole scene and dull colours are designed to cause terror to the gamer, which is what the game is about.

The IGT games are available in HTML5 meaning they can be played using mobile devices, and still enjoy a clear view of the characters.

IGT Games are not only about having fun but making huge cash outs as well. You will enjoy generous welcome bonuses from the casinos offering IGT games. Their games have good paylines and very fair RTPs to both the casinos and the players.

With IGT games you can also place bets and win big money from progressive jackpots. There are a million ways through which you can become an instant millionaire with this soft provider.