Push Gaming is a game studio based in London and specializes in the production of high-quality games for both mobile and online casinos. The content created by the company is of HTLM5 games that seek to be the best in the casino gaming world. Due to its vast experience in the creation of fun and exciting games, the team combines ancient and modern innovations in game production.

Mostly, the provider employs efforts in developing highly engaging games that contain features every player wish to enjoy. The games contain arts and sound effects of the highest standards. This excellence in game development makes Push Gaming the most sought-after gaming studio. 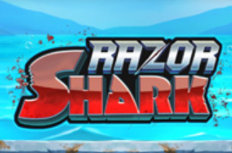 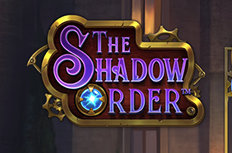 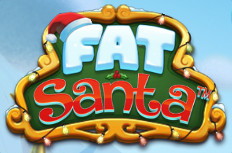 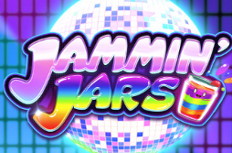 In 2011, Winston Lee and James Marshall founded Push Gaming and based it in London. They resolved to specialize in slot development as well as the integration of the land-based gaming in the online casinos and mobile sector. On the same breath, the company deliberated on protecting its user’s rights and also curbing any user exploitation.

The gaming studio released the first game in 2011 under the licensing of the Gala Coral Group. The licensing implied that the company could comfortably avail games to the willing players who have attained the legal gambling age which is above 18 years. The following year, the company embarked on striking partnership deals with some of the biggest software providers in the gaming industry like Playtech, OpenBet, and Microgaming. Consequently, the company was able to produce and release more games that are inclusive of various casinos. More partnerships with other online casinos in a bid to expand its market took place. As a result of these efforts, Push Gaming products reached a much wider audience.

By the year 2016, Push Gaming was able to offer playable casinos throughout twenty different industry brands. On the same year, the company succeeded in releasing its first two progressive jackpot slots developed selectively for Betsson Group.

The first and the very significant feature of the Push Gaming is that it does not offer a wide range of free slots. Despite having stayed in the casino gaming industry for several years, Push Gaming access players to only 15 video slots. However, that does not imply that the staff does a poor job. The UK-based company seeks to produce very high standard games by working its efforts over time to achieve that goal. It is simply committed to giving customers a small but quality range of games on the online and mobile gaming world. The slots in no doubts can win real money.

The team of highly qualified personnel of about ten the impossible possible when it comes to producing casino games. Their superiors are the most talented game developers, and this makes the team even much stronger. Any gamer looking for the best, transparent, and unbiased casino games find rest at Push Gaming.

Some of the games at the Push Gaming include: Hokey Hero, Humpty Dumpty, Meet the Meerkats, Peter, and the Lost Boys, among many other amazing ones.

Every Push Gaming online slot has the brightest colors and is well detailed. Most of them look like full-fledged video games, unlike the less-detailed online slots. The company turns the normal slot machines into the highest-quality 3D games with the ability to give a vivid picture on the first glance.

Even though looks are not everything when it comes to gambling, Push Gaming does not overlook the integration of graphics on its games. It invests hugely on much-advanced game features in a bid to make gambling more fun than just the monotonous spinning of reels.

First gamers on Push Gaming can try the best Push Gaming slots like the Dragon Sisters that is a dragon-themed slot that takes players through fighting fire-breathing dragons. Additionally, there is a sea-themed Ice Breaker that has bold and interesting fishes purposed as the game symbols. Players also can enjoy an atmosphere of a quiet and comfortable farm in the Golden Farm slot.

Push Gaming invests more and more in approaching video slots. This innovation makes gaming more interesting apart from winning money for players. For this reason, Push Gaming is a giant competitor in the gaming industry. The innovative approach towards graphics development has made the company rise to greater heights over the years.

Push Gaming has a clearly outlined aim: to provide players with gaming experience without exploiting them. The generous discounts at Push Gaming are with no doubts worth mentioning. Though the collection of free games slot is very small at Push Gaming, players can find it very rewarding. Apart from filling the players’ pockets, the free slots give recreational feeling and leave the gamers wanting to come back for more.

The 2017 Push Gaming slots allow discounts to players and reward them with handsome winnings. Also, the fans can play them without deposits or any registration. Any player wishing to try these slots can go to SlotsUp, click the chosen game and play on and on.