Red Rake Gaming is a Spanish company that specializes in the development of casino games. It gives the gambling world a new picture, with new games that pique the interest of new and veteran players. The team capacitates over 40 highly qualified staff in software development field. Due to the employees’ competence in games creation, the company has quickly gained popularity among players online.

Their software is easy to use. So, experienced gamers as well as the newbie access and play them easily. For that reason, Red Rake Gaming attracts more than 15 million users who come from about 100 countries. Gamers at the Red Rake come out feeling victorious after taking various challenges. 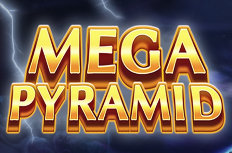 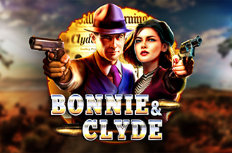 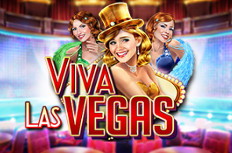 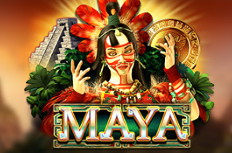 Red Rake Gaming was launched in 2011 and it has since been distributing games on the online market. Initially, the company practiced social casino business gaming. However, in 2015, it came to the operator’s realization that other profitable operators could have interest in the company’s high-quality games. So, Red Rake Gaming started striking business deals with various casino businesses in 2016. The new deals positioned the software provider among the best game developers because of its outstanding capacity for game development.

In 2017, the company partnered with EveryMatrix Casino Engine software. This partnership deal enabled it to offer its games to online gamblers with ease. On the October of the same year, the company proceeded to sign an agreement with iSoftBet. Consequently, it integrated its gaming products with iSoftBet Game Aggregation Platform.

Since the company’s games portray unique features, Red Rake became the favorite among gamers. Since 2017, the company’s gaming products have seen a rise in demand. Today, Red Rake provides its products to multiple developers. Additionally, the company keeps availing new games in the casino market according to the trend in the online casino industry. Because the company depends on experienced online games experts, its products penetrate the market effortlessly.

Red Rake avails highly impressive games in its portfolio. The games range from slots, video poker, as well as video bingo games. The operator also hosts title derived from other trusted gaming industries. Additionally, the software provider forms a universal API protocol that saves time and money in the process of integration. That enables the company to comfortably avail its games to players at a relatively affordable price. Therefore gamers access Red Rake Gaming casinos without digging very deep into their pockets.

Currently, the company distributes more than 40 online slots for its fans to access and play. The Gameflex platform plays a big role in making the company’s games accessible to gamers. Due to the software provider focus on slot games and video bingo, the quality of the game gets better day in day out.

Casino Games at Red Rake posses quality and uniqueness. That makes gamers able to find the preferred spots to make spins that win them huge profits. The video poker games have numerous mobile specific titles. The populace of gamers can choose from them and enjoy the experience.

Red Rake Gaming invests handsomely in merging graphics with games respectively. Fans find playing on this platform interesting due to the company’s amazing graphics. These wonderful features manifest in one of the company’s game: The Asp of Cleopatra. The title derives its aspects from one of the Egyptian ancient ruler Cleopatra, outlining how he met her untimely death. The triple-dimensional game is staged in a temple, depicting Cleopatra herself serving the wild symbol in place of all others apart from the icons of bonus.

The graphics on this gaming platforms feature more details making playing very enjoyable. The players get the most out of gaming here because the graphics can be understood by both experienced and newbie as well.

The graphics immerse players in a gambling atmosphere with a lot of privileges in puzzled slots. The combinations of colorful graphics that are melodic make gaming even more interesting. Majorly, the sounds integration goes in hand with the carefully developed casino games. That makes gamers connect easily with their choice of slots. Also, the outstanding graphics allow gamers to learn new winning tactics. The Red Rake specialists develop the graphics with a single purpose of permitting players to bond with their chosen games.

The company’s game RTP varies from game to game. Some have high RTP while others have low RTP. New slot machines that the company develops from time to time also have their advantages. The games come in different languages, making them interpretable to a wide range of audience. That makes it easy for gamers to point out the slots and titles that can win them a good harvest since the RTP is very clear to them.

Gamblers can bet up to 50 rounds on a game and earn a double up feature that pops up after winning. That translates to more playing and more winnings. Also, some of the games permit players to bet high stakes in every line and that allows payouts across numerous virtual paylines.