Side City Studios Casinos and Slots

Side City is a company that deals with the designing and development of online casino games, HD Motion Graphic, and Promotional Videos and HD Digital Signage. Side City has been in the industry for almost two decades now. Their headquarters is in Montreal, Canada and they have approximately 50 employees.

Initially, the company was specializing in developing slots machines for the land-based casinos. However, a partnership with firms that deal with developing games for the online casino sites has significantly contributed to the success of Side City in the industry. They have gained stability and earned long-term clients in their business. 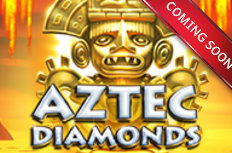 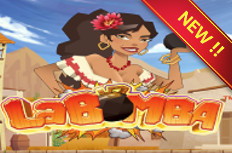 Side City Company has been on the market since 1999. Jacques Paquin, the Chief Executive Officer of the company, was the former Vice-Director of Vibac Group and Bluberi. Initially, the company was focusing on the USA and Canada market through their slot machines, but they have integrated the online casino sites to serve the global market.

November 20th, 2015, was a game changer for Side City Company. They were bought off by NYX Digital Gaming (Alberta) Inc., a subsidiary of NYX Gaming Group. Through the agreement, Side City got a database of the land-based casinos customers. The deal also allowed the firm to use the strategies and techniques of NYX Gaming to develop their online slots game. Even better, they can distribute their products and services with the NYX Gaming name, when selling their products. It is a big milestone because NYX has established its name in the online casino world and has their loyal customers already.

Over the past years, Side City has also created a name for itself in their industry through their creativity and innovation in the provision of the online casino slots. The future of the conglomerate is also promising.

Many of their online slots have 5 reels and 243 paylines. A majority of their games are based on fantasy stories, animals and ancient Egypt. Their games are developed using HTML5 and flash meaning they can be played directly from the browsers without having to download their app necessarily.

One of their best games is the Jolly Gifts Slots. The game is based on the Christmas gifts, but it can be played any time of the year. Jolly Gifts has 5 reels, 3 rows, and 40 paylines. Some of the bonus features in the game include Free Spins. You can win free spins if you land three of the kitten scatter symbols on reel one, three or five. The first award is three free spins. You can receive more free spins if you land three more scatter kittens.

Jolly’s Wild Respins. This is possible on any spin without a scatter win, and you get a free re-spin with reels 3, 4 or 5 completely wide as you then get extra free spins and the wild reel moves left, adding up to 3 floating wilds to the reels in addition.

Other games with similar great features, bonuses and free spins include Bavarian Fest, Charms and Witches, Fiesta Cubana, Fortunes of the Dead, Venice Magic and Wild Dodo just to mention a few.

The graphics and visuals of Side City are among the factors that market their products besides their features and storylines. They have worked hard to ensure that whether the player is using their mobile devices or the PC, the experience is the same. The photo of their images is crystal clear, and all the movement of the pictures are perfectly matched to the events of the games. They also see that the colours are appropriate based on the storyline of the game.

For example, when playing their game Fortunes of the Dead, the game has a cemetery that brings a haunting feeling with it. It has skeletons with sombreros, female skeleton, and mariachi skeleton band. The game has background music that gives the game a terrifying experience, and unexpected sounds as well. This is the ideal game of the players who are interested in horror movies.

Side City games have great graphics, and images. They also use 3D animations which gives their games an appealing look. You can, therefore, be assured that you will have fun with any game you choose on their platform.

Side City gives the player a chance to take more money with them at home. They have great payline, Bonuses, free spins, and a Return to Player that inclines the player into the winning side. It is impossible to mention all the RTPs of their wide range of games but here are a few games from Side City and their Return to Player rates:

You, therefore, stand a chance of winning more than losing when you choose their games.