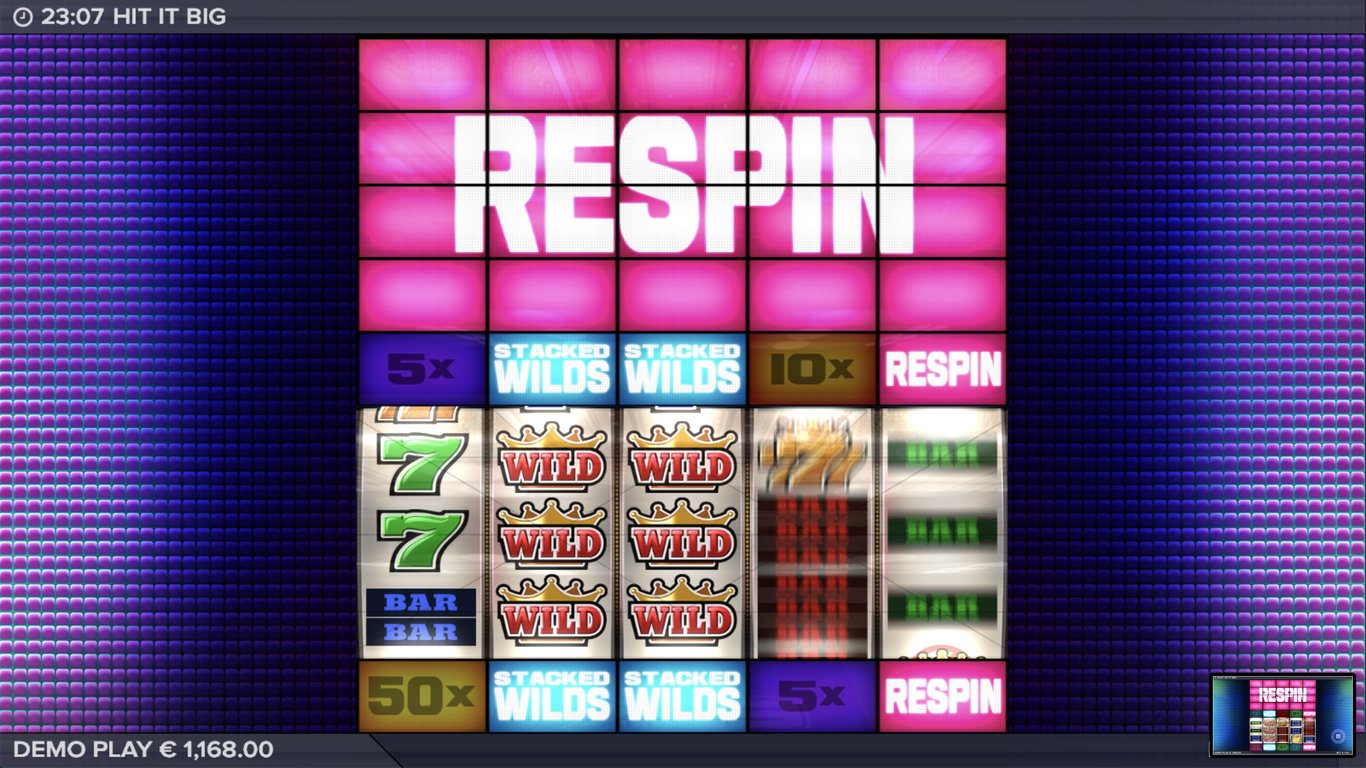 ELK Studios has a new slot release, called Hit It Big. Just as its title implies, it is a highly volatile slot that has a retro game show theme. You will be blindsided by the lights and the great graphics with which the slot was designed, but not as much as you will be mind-blown by the potential payouts the game offers.

When you see that the Win 2x-50x feature gets matched on the buttons below and above the reels, you should know that you are rewarded with a Multiplier that can go from 2x to 50x the stake. If you don’t achieve a win during this feature, the Multiplier does not apply. When you see the Re-Spin feature active, you should know that you will receive a Re-Spin, and all feature buttons except the ones that you have already triggered are also engaged.

The reels in Hit It Big remind you of the TV game show Wheel of Fortune, where each of the letters is presented in a separate TV screen, with many screens present. The game show theme is really presented to perfection, and you will see that as soon as you load it. You will even hear the audience clapping their hands in the background, applauding the contestants.

A maximum payout of 2,500x the stake is offered for this game, which translates to $250,000.00. This is an attractive payout, however, not as big as we have expected by the title of the slot. There are plenty of other slots which offer much, much bigger payouts. However, the game is 9 out of 10 on the volatility scale, so if you’re lucky enough, you can get this pretty amazing payout easily.

Hit It Big is a decent game. It would probably interest players who are into game shows, and those who are nostalgic about the simpler good old times. It features classic slot machine symbols, and it offers pretty unconventional gameplay, so the game will suit you if you're a fan of classic slots. However, if you’re into more modern, futuristic games, this is not the game for you. Sure, the graphics are sophisticated, but most likely, you won’t appreciate what you’re seeing on the reels. The payout potential will probably attract any player, so without overthinking it, do try it and see how you’re satisfied with it.