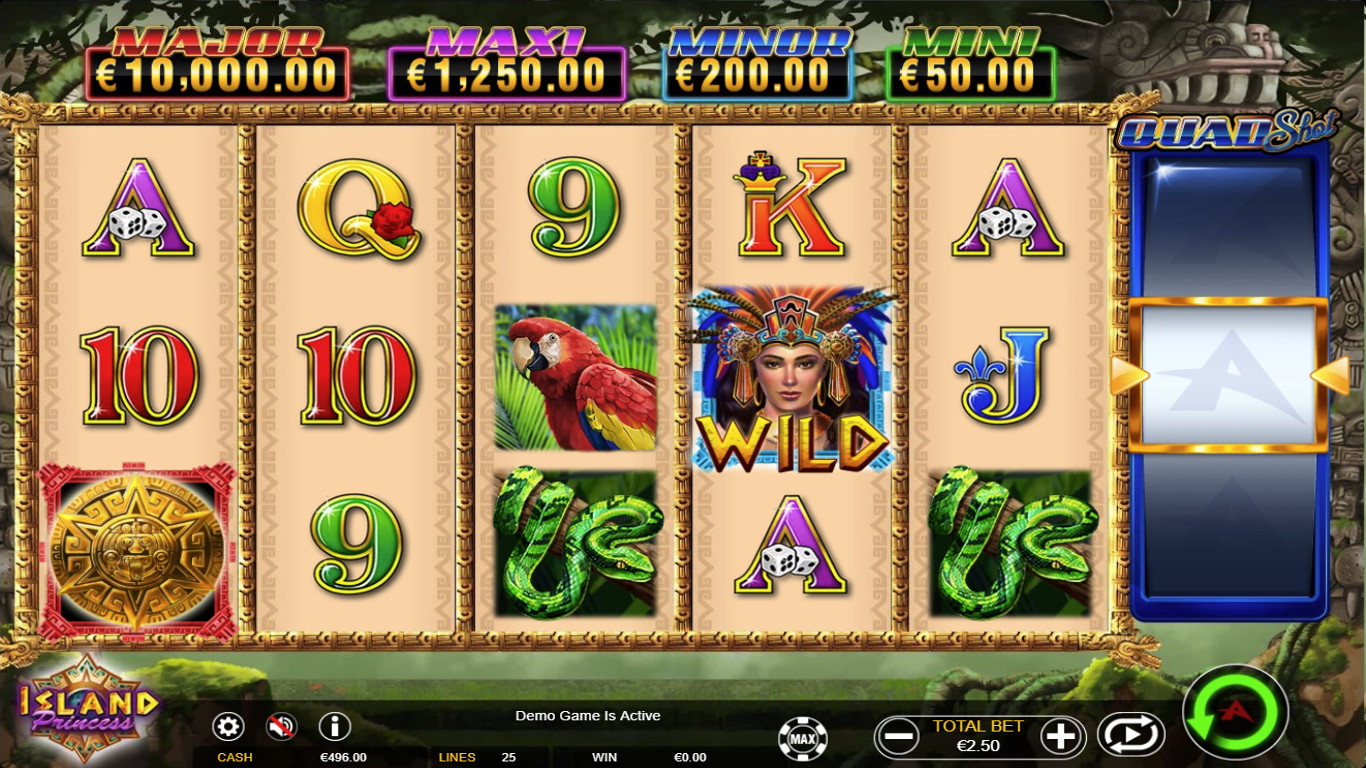 If you’re in a search for a mysterious, action-packed slot with several elements of surprise, then you’re in for a treat, because you’re about to enter in the mystic world of a lost civilization. The Island Princess Quad Shot is the latest slot by Ainsworth, a slot with appealing visuals and amazing features to boost your winnings. Join the adventure and feel the beauty of the jungle.

There are three special features you can take advantage of in the Island Princess Quad Shot slot. First, you will see that the Wild is the Princess symbol which can replace all symbols bar the Quad Shot Bonus and the Coin Scatter symbols. It appears on reels 5, 4 and 3 and it is a stacked symbol.

Then, you have the Free Games feature. As soon as you land 3 or more Scatters anywhere across the reels you initiate 8 Free Games. During this feature, the Princess appears on 4, 3 and 2 reel. If you manage to land 2 or more Scatters in one spin during these free games, you will be rewarded with 3 additional free games.

As soon as you enter the island’s jungle, you will find many symbols representing the lost civilization’s culture. You will find the Princess, golden coins, a jungle pyramid and a big purple gem as highest paying symbols, but also some jungle residents such as snakes, tigers, and parrots. The lowest paying symbols are the playing card symbols from 9 through A. the reels are surrounded by some ancient sculptures. The visual and sound effects are astounding.

Island Princess Quad Shot slot is an impressive game, one that features super-rewarding special features. The vivid graphics are designed astonishingly, while the gameplay is pretty straightforward. The Free Spins feature bring the heat, especially if you manage to retrigger the spins and get extra wilds. The four bonuses spice things up even more, so there is quite a lot to be won here. It is definitely a slot you would like to play for a long time.