Jack in a Pot Slot Machine 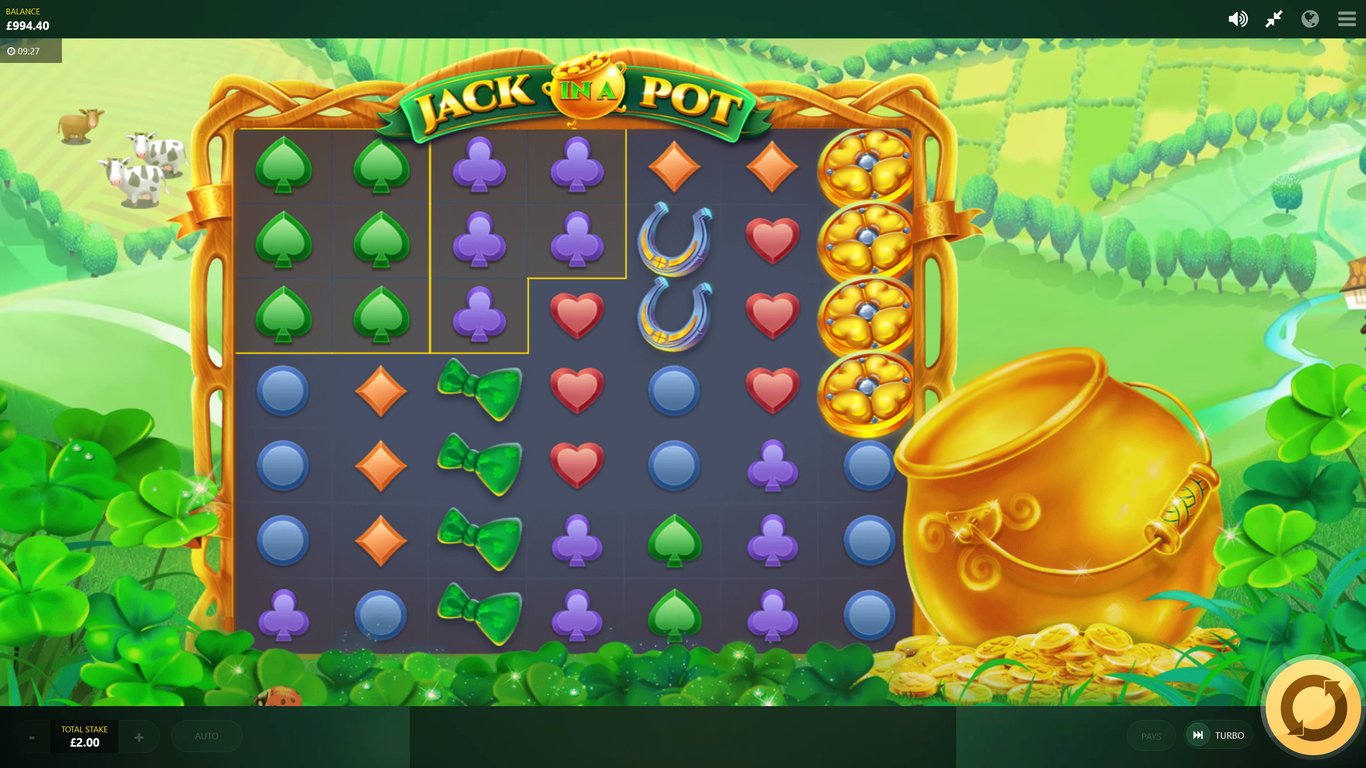 When it comes to transforming a rather popular and somewhat boring theme into a something intriguing and exciting, we know that Red Tiger Gaming is the studio to do it. That’s just what they did with their newest slot release: they turned the Irish luck theme into a something really awesome. Just check out the game’s name, Jack in a Pot and you’ll get the idea of creativity.

Jack in a Pot, contrary to what you may have presumed, will be a game that gives wins often, although you may have presumed that it will only give a major jackpot. The first thing you should know, though, is that the game uses the Cluster Pay system rather than paylines. You will need to match 5 symbols horizontally or vertically connected to form a cluster in order to get high wins. you can get a Cluster 40 symbols big, one that will pay the most.

Then you will get the Free Spins feature, which will be triggered as soon as you land 4 Clover symbols. During this feature, you will get to collect Wilds which won’t be active until the last spin is played. After the spins are done, one by one, the Wilds will become active.

Naturally, there’s beer involved. You have the Beer Reels feature, where you will get Wilds and new symbols appearing on the reels, which all come from the beers on the top.

Pipes are not missing, either, and you have the Pipe Wilds that will make Jack blow his own pipe and transform high-paying symbols into super-sized symbols.

And the last feature is the Hat Trick feature, where you will see Hat Wilds appearing and removing low-paying symbols from the reels.

As mentioned, Red Tiger Gaming did an awesome job with Jack in a Pot. There are all the popular Irish-themed slot symbols, the Jack character, pipes, rainbows, leprechauns, gold, beer and hats, as well as clovers, horseshoes, and gold coins. However, there is the impressive design and excellent graphics. With no further ado, you will need to check it and then see for yourself.

The minimum bet you could place at Jack in a Pot is $0.20 and the maximum is $40.00. Although there are no actual paylines, there is actually a pattern that calculates your wagers. Payout-wise, you should expect the highest one to be 2,000x the stake, meaning $80,000.00 per spin. This is not as impressing as you would have hoped, sure, mainly because of the name of the slot. This is where Red Tiger Gaming tricks you.

There is not much to say about Jack in a Pot, except that it offers an engaging gameplay, packed with amazing features. There is no huge payout as we expected, but if you’re in for frequent wins, then this is your chance to win some small but frequent wins. Try it out and see for yourself whether you’ll like the game or not.