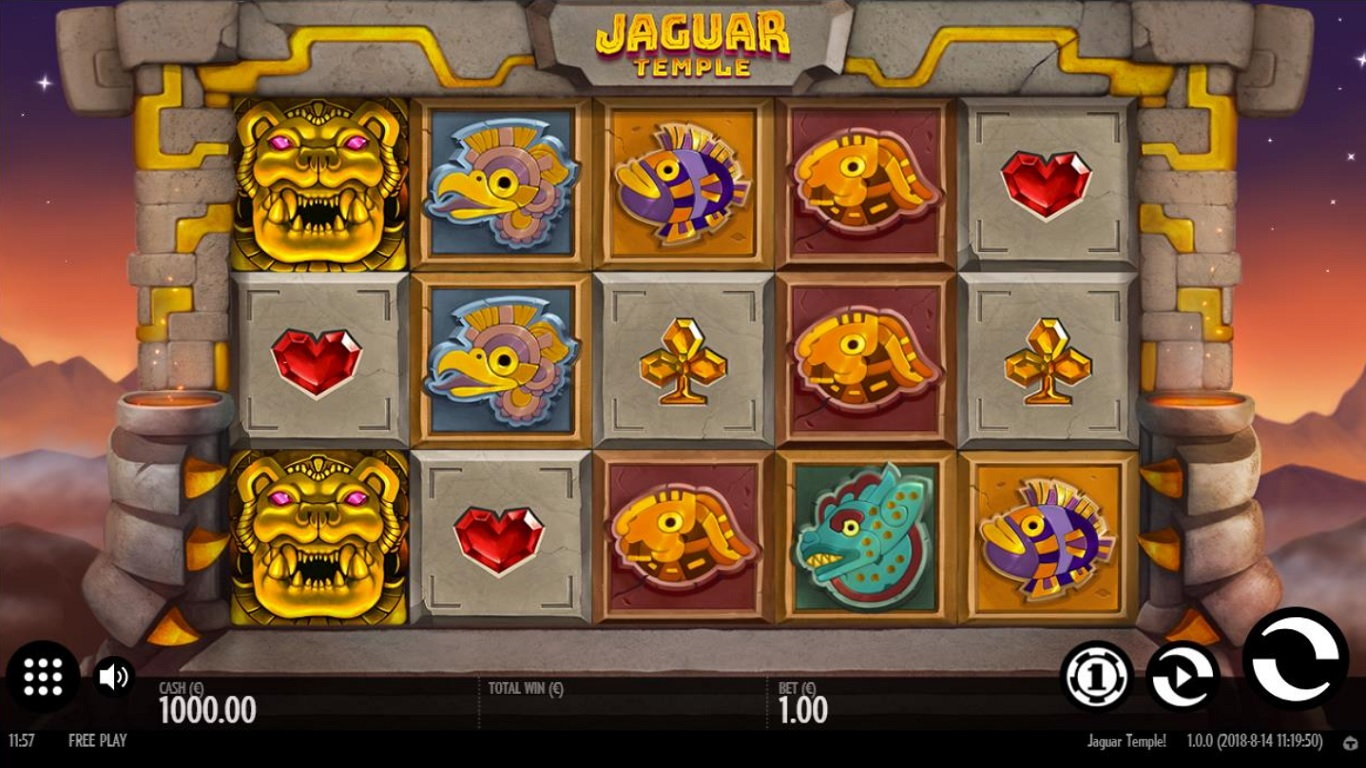 Although Thunderkick has been silent for some time since the release of its last games Wild Heist at Peacock Manor and Yeti Battle of Greenhat Peak, there finally comes the long-awaited Jaguar Temple slot machine. The name of the slot sounds so powerful, mystic and a little intimidating, and that’s exactly what you will get – a mighty story about the famed Jaguar Temple in the Incan Empire.

Jaguar Temple is a slot that has 20 paylines across 5 reels. The Jaguar symbol is the highest paying symbol. Other than the Jaguar, you can find spades, hearts, clubs and diamonds, birds, fish, dogs, and rabbits as symbols. The Wild symbol can replace all symbols except the scatter.

The potent Jaguar may appear as a 1x1 symbol and 3x3 symbol in both the bonus and the base game, giving different payouts. 3 or more Jaguars form a winning combo.

With the Incan Empire theme, Jaguar Temple will take you to the mystic, mysterious world where hidden wealth and great fortunes await you. The slot has the distinguishable Thunderkick feel and features gems, carved stones, symbols and other things characteristic for the Incan culture. The sunset in the background, as well as the twinkling starts really match the golden jaguar, which shines and reminds us of richness. It is neatly-designed, both visually and mechanically and offers a smooth play and engaging features.

The Jaguar Slot has the usual Thunderkick betting system, with a minimum stake of $0.10 and a maximum $100. The RTP is 96.1%, but the possible winning combinations can bring you up to $204,500. This is because the maximum potential, which you can get if the wilds expand during the bonus game, is 2,045 times your stake. This is not an underestimating sum, so the slot sounds promising.

Its huge maximum potential, breath-taking graphics, and visual effects, as well as the secretive theme, are the perfect ingredients to make Jaguar Temple a hit amongst new slot games. It is flawlessly designed, easy to the eye and generously rewarding. All the elements players search for in a slot are fitted perfectly in the Jaguar Temple slot. It is a medium variance slot, so it is suitable for anyone's pocket. In all, based on all the positive things, it is absolutely worth a try.