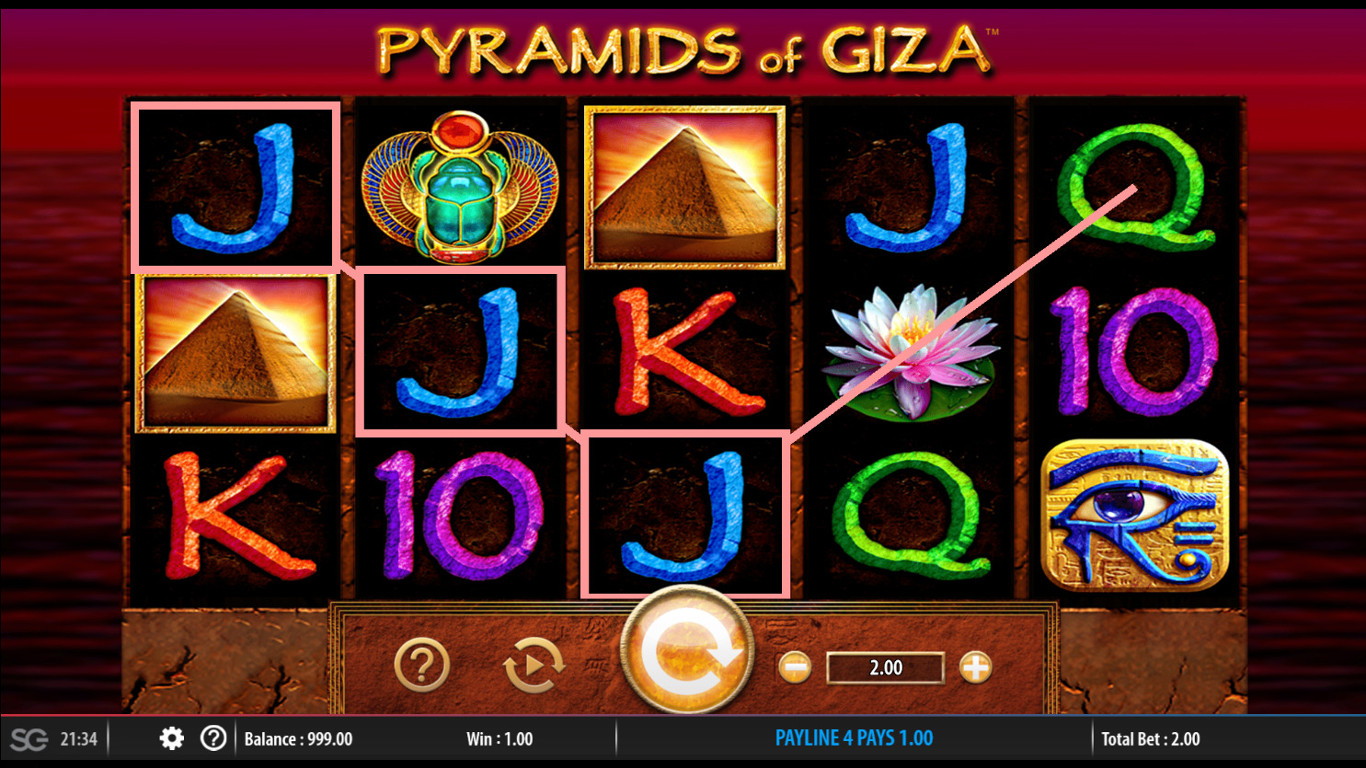 Barcrest has released a new Ancient Egypt-themed slot, called Pyramids of Giza. Given the theme, you should expect symbols related to the Egyptian culture, and since it’s coming from Barcrest, awesome payouts and special features are to be expected. Pyramids of Giza is designed beautifully, with top-notch graphics, so visually, you won’t be disappointed.

There are three features in total in Pyramids of Giza. You will find the Wild, the Scatter and the Free Spins feature.

As you may have assumed, the Wild symbol is the Sphinx. The Sphinx can act as a substitute for all symbols except for the Scatter, of course, but it can also deliver the 250x the stake jackpot for a 5-of-a-kind combination.

The Scatter is the Pyramid symbol, which is fairly obvious, given the title of the slot. The Pyramid symbol can appear on the first, third and fifth reel and is the one that triggers the Free Spins, naturally. You will need 3 Pyramids to trigger the 10 Free Spins.

As for the symbols, you get playing card symbols for the lowest-paying symbols, then you have the Lotus flower, the Scarab, the Eye of Ra, the Sphinx and the Pyramid symbols. When the reels are spinning, you will hear the usual spinning sounds, but when you achieve a win, you could hear a soundtrack which does not seem to match the theme. It actually sounds more like a sound you will hear from a classic slot machine. The gameplay is pretty simple, though, which some might find as a relief.

There are 10 fixed paylines in Pyramids of Giza, but also a betting range that is suitable for any type of slot player. You can bet from $0.01 to $50 per line, which for the 10 fixed paylines means that the minimum bet per spin is $0.10 while the maximum bet is $500.00, which will come as a nice surprise for the high-rollers.

Although Pyramids of Giza does not have the most unique theme, it still depicts it perfectly. Some may even find the familiarity of the symbols and the simple gameplay alleviating since they won't need to overthink after every winning combo. There are some great payouts on the horizon, a solid RTP and the usual special features. We can’t say that the game is especially impressive, but is not to be underestimated either.