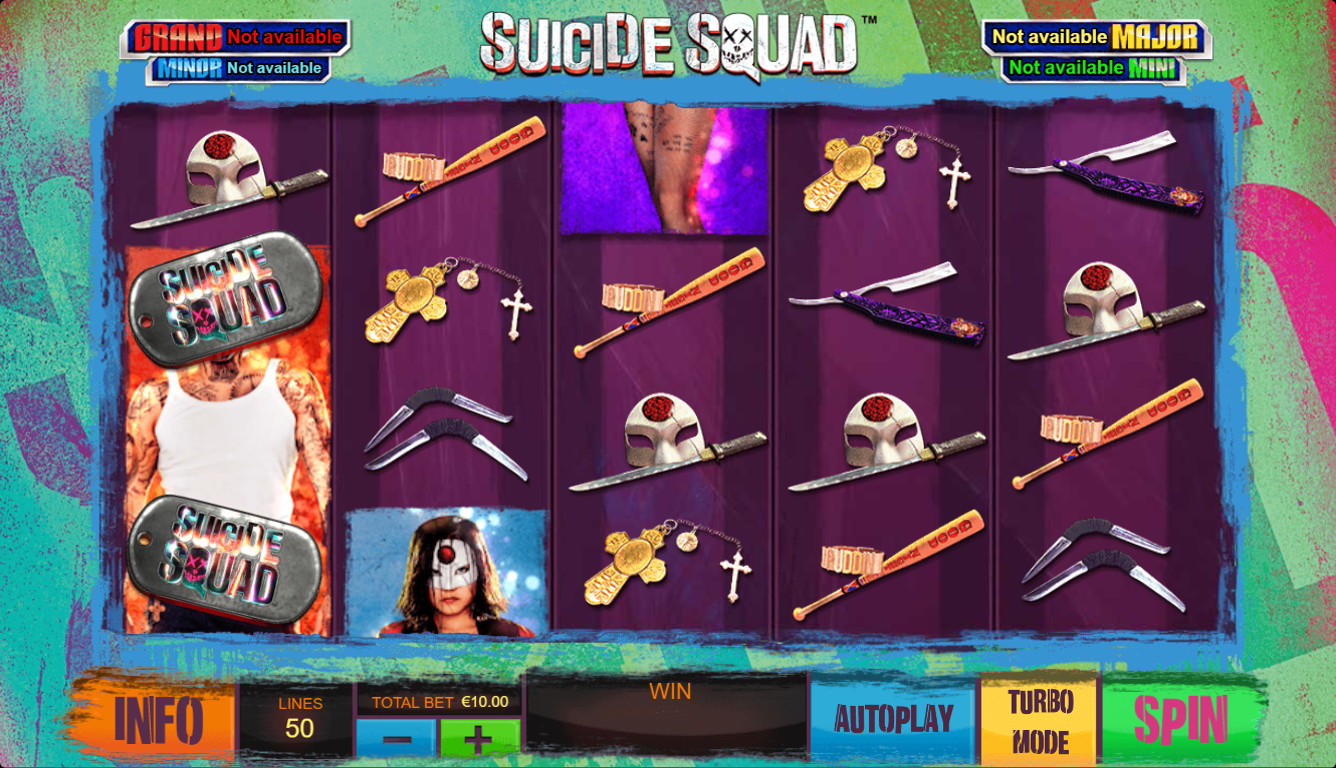 Playtech’s exclusive deal with Warner Bros. has made slot players who are DC Comics fans dreams come true. With the several comics-themed slot releases, players have had the opportunity to see their favorite characters on the reels, and they are about to see the Suicide Squad team as well. Playtech’s newest release is the Suicide Squad slot, based on the 2016-released movie. The best thing about the latest addition is that it will include the progressive jackpot, too, as do the other superhero-themed slots.

There are several cool features in this slot, each and one of them related to the main characters of the well-known movie. There will be several Wilds, so let’s start with them.

One of Wilds is the dog tag with Suicide Squad written on it. It will substitute only Suicide Squad symbols. Another one is the Moon shaped symbol that can substitute any regular symbol in the game, except for the Enchantress symbol.

But that’s not all. You can also get the Suicide Squad Stacked symbols. Any of the five members of the team can appear stacked, but the full stack needs to become visible on the reel for the next thing to happen. The Suicide Squad Wilds will get locked on the reels and you’ll get additional Wilds on the reels, more precisely 2 to 4.

El Diablo, the Joker, Deadshot, Katana, and Harley Quinn – all of the Suicide Squad characters are present on the reels and are actually very rewarding when you get 5-of-a-kind. As mentioned, the Enchantress herself is also present and plays an important role. Their weapons of choice are also present on the reels and represent the lower-paying symbols. So, you will find the Enchantress' moon icon, Harley's baseball bat, boomerangs, a cross, a shaving razor, and Katana’s mask and knife. Needless to say, Playtech has done an impressive job with the graphics, design, and gameplay. We can only express our highest praises for the visuals.

Additionally, you can try and hit the Mini, Minor, and Major jackpots as well as the Grand Jackpot that forms part of the DC Comics progressive jackpot network, whose prize value increases as we write this.

Although everything that is written above should be sufficient for you to not like but love the game, as superhero fans ourselves, we will emphasize that we highly recommend you to try this game and reward yourself with a slot game that has stunning visuals, super-cool features and the popular characters on the screen. Not to mention the several possibilities when it comes to payouts, with the three jackpots and the progressive one. A must try, absolutely.