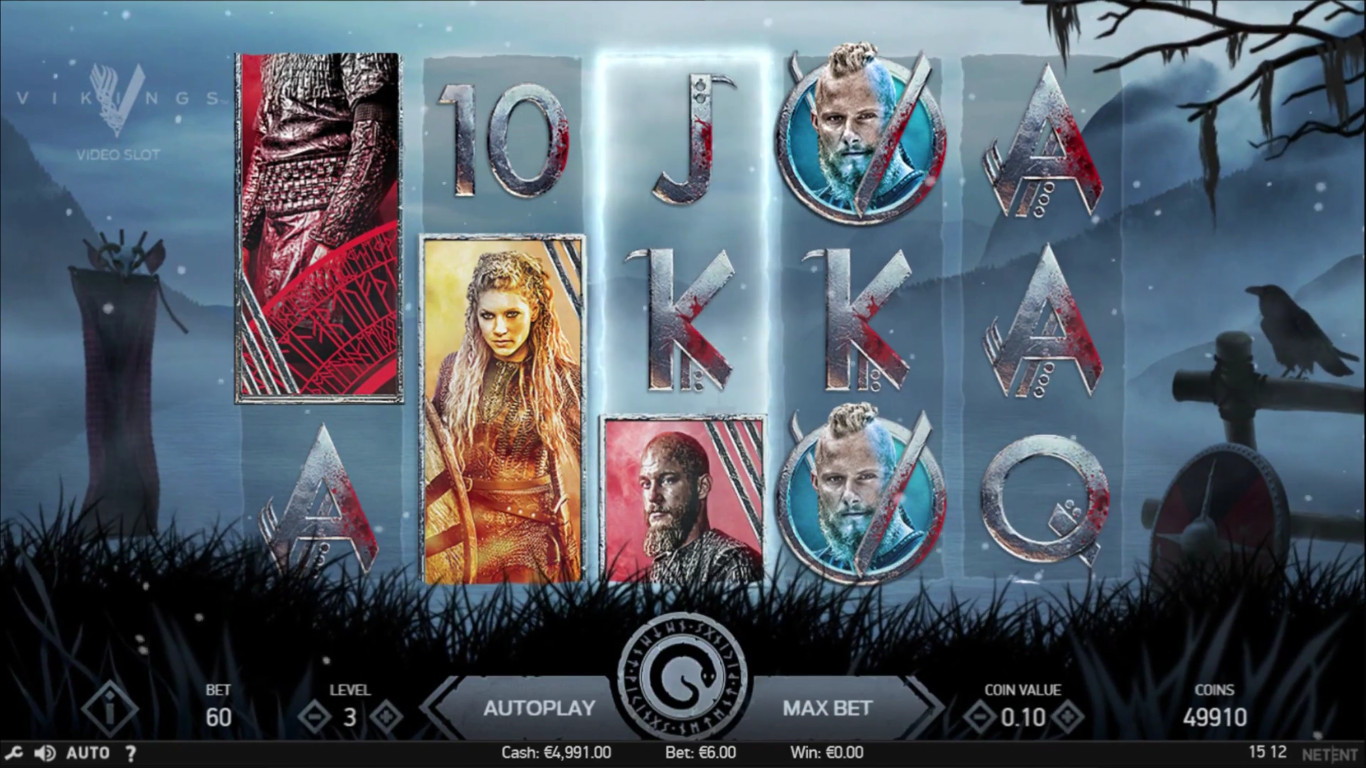 The newest NetEnt slot release will be based on the historical TV-series Vikings. The fans of the series will be thrilled to try this slot, but so will those who haven't seen a single episode. It tells the story of a legendary Viking ruler and his team that goes on their exploits. This blockbuster title will be a game-changer in the online casino industry, since it has a lot to offer, starting from high-end graphics and finishing with the awesome payouts.

The highest-paying symbols are the characters from the series that appear stacked on the reels. They can appear both in the base game and the Free Spins feature. Although there is no Wild symbol in the slot, the character symbols are worth 0.5x for a 5-of-a-kind.

There is a Hotspot Feature, where the third reel becomes illuminated and highlighted and if you manage to land a stacked Viking symbol, it will cover the entire third reel. All of the other Viking symbols will replicate this symbol even though they don’t have to connect. They will be individually evaluated in the total sum. A total of 2,000x the stake can be won during this feature, per single spin.

And there is also the Shield Wall Feature that can be triggered randomly in both the base game and the Free Spins feature. It appears on random reels as a cluster of 5x2 or 3x2 shield mystery symbols. These shields serve to reveal a premium symbol that pays big. The Shield Wall feature cannot be activated during the Hotspot feature, though.

Three scatter symbols activate the Free Spins feature when they land on the third, fourth and fifth reel. As soon as they activate this feature, the scatters are removed but you get significant payouts.

Just as you load the game you will notice the original intro that really sets the mood for what’s about to happen in the game. You will see the crow, the shields on the grass and the foggy view of the mountains and the Norse landscape on the background. The popular characters Ragnar Lothbrok, Bjorn, Floki, and Lagertha are on the reels, with their mesmerizing look. The playing card symbols are covered in blood, which contributes to the theme even more. The recognizable NetEnt’s visual production is absolutely stunning and the entire game was designed to make Viking’s fans feel at home from the beginning until the end.

This is probably the slot of the year because there weren't as many slot releases that feature such an amazing theme and portray it impressively. The payouts are great, the win ways insane but the thing that fascinated us the most is the captivating production. Any Viking’s fan but any historical battle fan as well would really enjoy the gameplay, as well as the winnings. We absolutely recommend it.