A new 1x2 Network brand appeared a couple of years ago that instantly became a huge hit in online casinos. There was this new studio called Iron Dog Studio which was added to the 1x2 Gaming group of companies, which managed to reach the headlines in industry-related news sites. This was due to the studio’s vision: creating the most visually-appealing slot games, while not forgetting that these games need to have a soul, a story to become epic.

And because the studio delivered such games, it quickly became one of the most intriguing software developers on the market. Today, you will find many premier online casinos that feature its games. This is due to players' interest in its slots, which offer an unrivalled online casino gambling experience. Even though its games portfolio is still small, it has gained popularity faster than anyone would’ve expected. Its team’s motto is creating new concepts built for the future utilizing the strength of the past. This formula for success has shown great results so far. 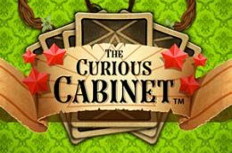 To share with you Iron Dog Studio’s story, we have to first introduce you to its mother company which was built on the foundation of Football 1x2 Ltd, 1x2 Network. As you can gather from the prominent “1x2” part of its name, 1x2 Network originally started out as an independent supplier of general fixed odds gambling games, casino games and Virtual Football to third-party international sites. The UK-based software company was founded in 2002, aggregating content from a variety of other third-party vendors, which focused on developing HTML5 games.

So, the mother company consists of two brands, 1x2 Gaming and Iron Dog Studio. And while you might be familiar with 1x2 Networks’ rich history, you probably aren’t with Iron Dog Studio as much.

Iron Dog Studio was introduced by 1x2 Network in 2017, so it is a fairly new software developer with a team of young, bright and creative members, who have managed to create a number of successful video slots in such a short time. Luckily, these slots have received the recognition they deserved, across regulated and well-respected online gambling markets such as the UK, Malta, Gibraltar, Italy and the Isle of Man.

Considering Iron Dog Studio is a fairly new name on the market, it should come as no surprise its games portfolio is still small. There are, in fact, 14 scratchcards, 3 table games, and 17 slot games in its suite at the moment of writing.

The scratchcard games you will see are equally visually appealing as its slots games are. The developer makes sure each game that is rolled out of its studio looks astoundingly. You can load Gifts of Ostara Scratch, Waikiki Scratch or Siren’s Kingdom Scratch and you will see that each of them offers impeccable graphics.

The three table games available are 3D European Roulette, Blackjack and Baccarat. Compared to many other versions of the games available on the market, you can see that Iron Dog Studio’s versions are unrivalled, designed with incredible attention to detail and a mission to provide you with as superior table games experience as possible.

When you load a slot by Iron Dog Studio, you are instantly reminded of the artwork of the exceptionally designed Yggdrasil slots. In terms of gameplay, you will see the resemblance to the highly-engaging slots by Playtech. As such, Iron Dog Studio’s slots are the perfect combo of visual and gameplay features that keep you immersed and engaged with the powerful animations and special features.

The developer really delivers a gambling experience on a whole different level. That’s why its games are available in modern, next-generation online casinos that appreciate futuristic and player-focused games, with sophisticated visuals and state-of-the-art symbol drawings.

As introduced, Iron Dog Studio games stand out from the crowd of average games on the market in their unique themes, narrative and symbol design, reminding you a lot to Yggdrasil’s games. In order to really experience them, you have to load them, see them, feel them, to get the real idea of how astonishingly they’re created. The developer really shines in terms of high-end graphics, and the visual representation is one of its strongest suits, so trying at least one of its video-game-style portrayed and delivered slots is a must.

Some of its most stunning releases are Viking Wilds, Moirai Blaze and The Curious Cabinet. Load any of them and you’ll understand why they are a real treat for the eye. But, you should know that these slots offer more than just unique themes depicted impressively.

They are also loaded with special features that can take you to some incredible rewards. The payout potential of more than $200,000 plus an above 96% RTP makes these slots beyond rewarding. There may not be a progressive jackpot network in Iron Dog Studio’s offering, but its slots are incredibly rewarding on their own.