Lighting Box Games believe that they got the right method of designing the casino games. The software developer implies a cinematic audio, great graphics, visuals, and useful statistics to come up with crème de la crème products. Whenever they are developing a new game, they keep the gambler in mind with the aim of making their gambling experience worthwhile. The company has managed to gain popularity from online sites across the world.

They are based in Sydney, and many casinos are using their games on their sites. They have an advantage of experienced leaders because its founder has been in the online casino industry for more than two decades. 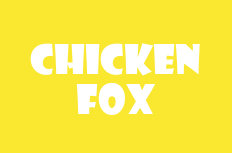 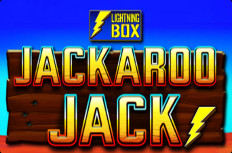 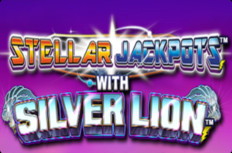 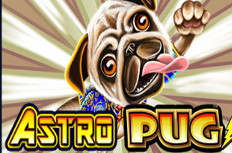 Lighting Box started off by developing machine slots for the land-based casinos before they advanced to software development games for the online sites. Over the years, they have entered into multiple agreements that have helped them in marketing their products and expanding their market value.

One of the agreements that have boosted their income and company status is the Snowcat group deal. The deal was sealed in 2014, allowing the latter to use the Lighting Box games on their site. Snowcat is a veteran in the industry and has therefore established its name. They are focused on improving the financial status of the companies they work with around the world.

With the rate at which Lighting Box Games is growing, few years to come they will be on the list of the most premium software developers in the gaming industry.

The Lighting Box Games has gained popularity because of their ability to give their games great titles, great features, graphics, and visuals. Their knack for creating exciting storylines has also helped in retaining their players.

One of their great games is the Diamond Tower Slot for those who enjoy heist action movies. When playing the game, you will find a well-groomed lady during the day become a high-level robbery stealing diamond at night. Your aim is to help her unlock as many diamond boxes as possible before the alarms start ringing.

The 5 reel slot game does not have any specific paylines as it just gives you 1024 ways in which you can win the game. Also, their multipliers ranges are between 1X and 5X. At the highest credit per line multiplier, the maximum bet you can place is 200 coins. Credit values fall between 0.02 and 1.00.

Other games with this offer include Chilli Gold, Five Pirates, Dolphin Gold, Astro Cat, Mild Rockers, and Panda Pow. You can play their games in online casino slots like 21 Casino, Casilando Casino, Gday Casino, and Fruity Casa Casino among others.

If you are a visual-driven person who is inspired by what they see, then you need to try the Lighting Box Games. The company design developers believe the responsibility they hold has the ability to sell their products. They use 3D animations in their games and use cinematic audios. Their choice of colours is impeccable, and the pictures are crystal clear. The motion of the images matches the mood and the characters in their games. They have also invested in seeing that their soundtracks are authentic as they even have suspense sounds to spice up the game. The background music of all their games is eventful in that it is based on the theme of the story.

For example, when playing Viking Fire, the background of the game has the setting of the old Vikings culture. The background is green grass, wooden structures with metal shields, trees, and hills. The man in the game has a ginger beard, another one wears a turban and has a crystal ball, and then there is the woman with the red hair. There is also a flute playing some calming music in the background. The whole setup of the game takes you back to the Viking’s culture which is the whole point of the game.

Lighting Box has some games that have very unusual bonuses and paylines that may result in big wins. Their online games come attached with generous and an on-going gifting spree to their gamers with great rewards. The Return to Player rate is very fair to both the player and the casino sites.