Realistic Games is a company that came to be in 2002 with the aim of developing betting software. It is based in the United Kingdom and has sub-branches in other several countries. The software developer concentrates on creating and distributing a series of pull tabs, titles, and table games.

Also, the company puts much effort into developing mobile games that play on tablets and Smartphone. The developer goes ahead to join hands with other worldwide casino operators like bet365, Paddy Power, Ladbrokes, and many others. That gives players a sense of credibility about the company. The developer observes diversity when it comes to availing games to the players via operators. 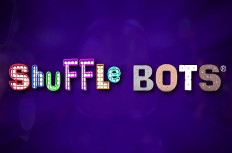 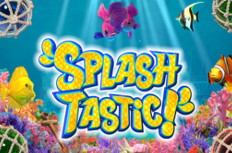 Realistic Games began creating and availing its games to the public recently despite being founded in 2002. Before then, specifically between 2005 and 2009, some games got licenses to appear on online casinos and sportsbooks. Such games include Bet Victor, Stan James, and Bet365. That allowed Realistic Games to stop designing its gaming products using a third party platform and got into developing games independently. This process resulted in the company library called ReGal. The integration of the ReGal software with some of the online casinos simplified games development process as well as the distribution.

Currently, the soft providers catalog contains the most sought-after table games. Additionally, high-quality titles of the tree and five reel slots feature in the catalog. Bet Victor, one of the company’s best casinos is the platform for accessing the titles. Recently, the software developer reviewed Randall’s Riches that is an outstanding example in devising a five real slot with just a single-hand twist. This game has high-quality themes and articulate soundtracks as well as stunning animations

Realistic Games got licensing from Gibraltar, one of the world’s highly ranked licensing territories that use Random Number Generators that adhere to appropriate bodies’ regulations of certification.

Realistic creates titles for websites across many known genres. The company’s staff consists of collective experts with games development experience. They combine knowledge in working as a team to provide the best casinos across gaming platforms. From 2005 to 2009, the developer produced six games using third-party platforms and delivered them to worldwide known casinos.

In 2008, a decision was made by the team to create and distribute games to players through their remotely known platform, (ReGal). In 2014, the company expanded games distribution abroad by attaining Gambling license from Gibraltar Gambling Commission. Therefore, gamers from various countries can access Realistic Games casinos from the comfort of their countries.

In case you play one of the Realistic Games casinos on the mobile slot, the game sits on a slot frame with other slot machines out of the screen. Despite its little touch, it feels like the software provider is larder tablet screens that allow you to do a lot with them. It allows the player to experience an online slot machine instead of a download version of the masterpiece game.

The games do not squash a lot on the smaller screens since the provider plays it smart by using the available screen space. Players can also choose to play the games either on landscape or portrait when they only have one free hand.

The graphics and sounds at Realistic Games are as simple as possible to enable players to game comfortably. A lot of the Realistic Games casinos are fun to play due to their easily understandable graphics. For example, one of the company’s classic slots by the name Hot Cross Bunnies has amazing upside down graphics that are original and offer different bonus features.

Every game produced at Realistic Games has high standards and a lot of emphasis on details. Also, passionate experts develop games found in this developer. The efforts put forth by the stuff aim at availing functioning and entertaining games. Therefore the flow of the games comes with carefully drafted themes. This planning makes it possible for players to plan for their games. In a nutshell, the graphics developed by the Realistic Games focus on making the players get the best out of playing.

It is true that the developer has few games, but little, in logic reasoning translates to quality. The company invests passion in providing quality graphics for players to formalize with their choice of games. The company focuses on providing quality graphics that correspond with the quality of their games, allowing every gamer to comfortably enjoy a realistic gaming experience.

If you have been looking for fair payouts in gaming, Realistic is the way to go. The games on this platform offer customer-friendly payout percentages, and players have a fair chance of bagging a significant amount of money.

One of the most played games here is the Fruit Factory which yields about 95.86% RPT. Gamers who opt to play it do not only enjoy playing the game but also win big. Suppose you are looking forward to filling your pockets, try out playing Over the Rainbow. The game rewards an RTP of 95.87%. The games at Realistic also have generous bonuses for both newbie and experienced players.