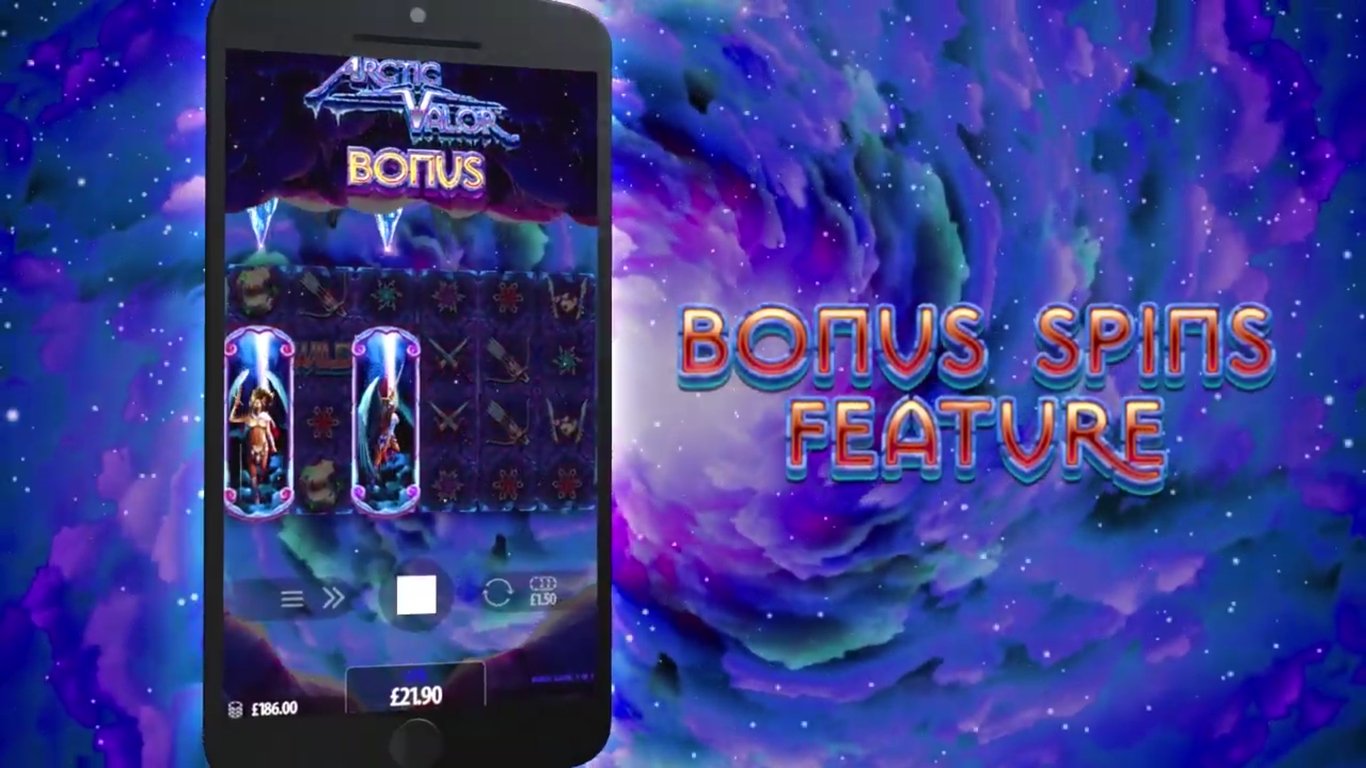 Microgaming has a new slot called Arctic Valor, developed by one of its many independent game studios, Crazy Tooth Studio. It is a slot which offers many ways to win and an unusual theme. It offers fairly simple gameplay and not as many features as you would expect from a Microgaming’s release, however, there is one unique feature which you would probably like.

One thing that you will immediately notice when you load the game is that the symbols can appear Stacked on the reels. There is a standard Wild which will play its role of a substitute for other symbols in the formation of winning combos. The Wild will not replace for the Scatter, but otherwise, it will be of great help considering the many ways to win.

There is the Free Spins bonus feature you could take advantage of, as well, and you will need to land three or more Scatters to trigger it. You will trigger 7 Free Spins, and access to another cool feature called the Icicle feature.

The Icicle feature can be triggered randomly during the base game and will be guaranteed during the Free Spins. This is when you will see icicles falling on the reels from the top, and even appear in Stacks of three. As you see an icicle fall on the reels, you should click on it. It will reveal whether you’ve been granted with cash prizes or Wilds.

Arctic Valor, as mentioned, does not feature a theme that you can find in other slots since it combines ice and Norsk female warriors with a sci-fi touch to it. The reels are set against a heaven-inspired arctic temple, where the colour purple dominates.

On the icy reels, you will see the four beautiful fairy-like female warriors and their weapons. Therefore, you will see symbols like swords, shields, crossbows, and helmets with wings. For the lowest-paying symbols, you will see snow, blue and pink crystals.

The game offers 6 reels and 4,096 ways to win. You form winning combos by landing three or more matching symbols on adjacent reels. Since there are no actual paylines, the betting range is not determined by the number of lines but goes from $0.15 to $150.00 per spin.

Microgaming’s games tend to be far more interesting and give way better payouts than Arctic Valor. We’re not saying that this slot is useless, however, the payouts for regular winning combos with the highest payouts should have been far better. The gameplay is not that engaging, either, even though the Icicles feature is not that bad. Overall, if you’re interested in playing for the max payout potential, you should go for it, but if you’re in for frequent, decent wins, Arctic Valor is not the game for you.