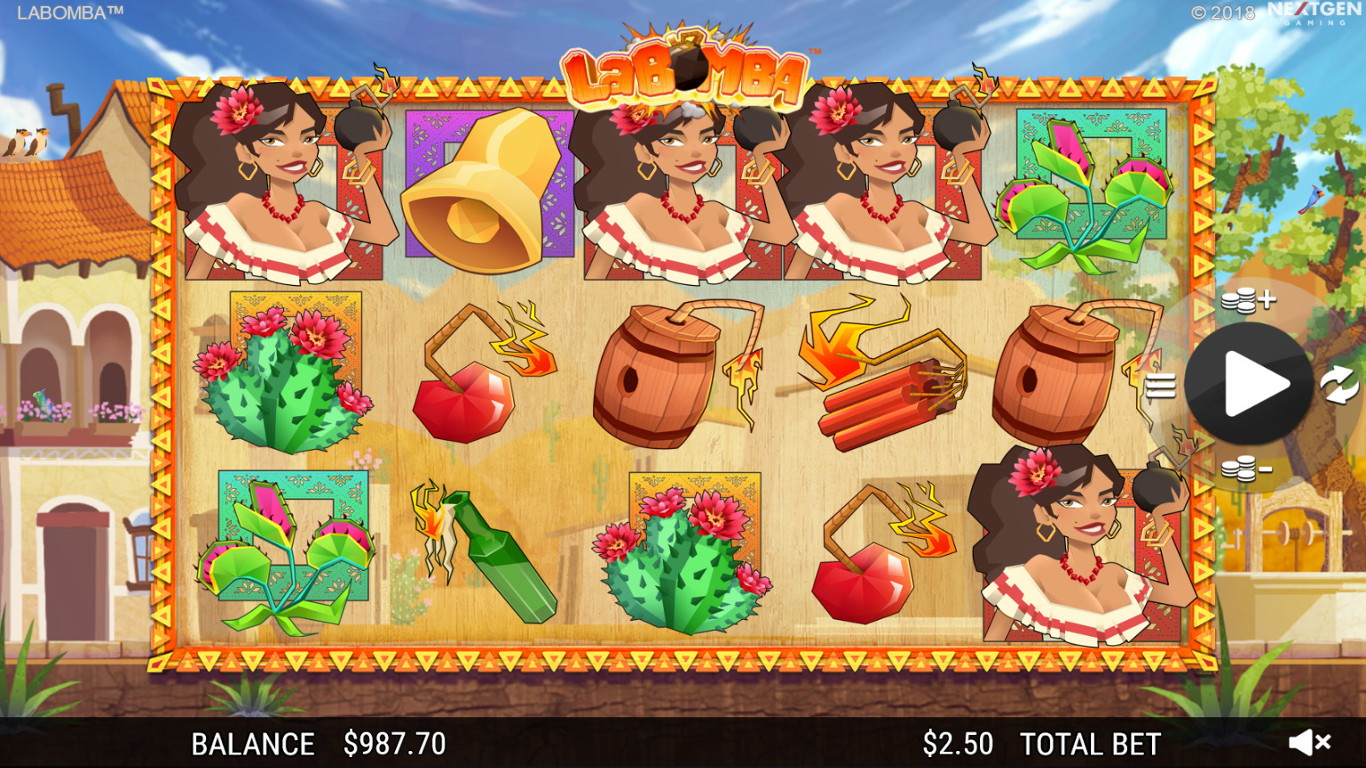 La Bomba is the fruit of the collaboration between NextGen Gaming and Side City Studios. It is a Mexican-themed slot, comically named La Bomba using the wordplay for La Bamba (the mega-popular Mexican folk song, covered by numerous singers throughout the years). The game combines beautiful girls, bombs, cacti and many other symbols representing the Mexican culture.

The Wild symbol is, of course, La Bomba or the Bomb symbol. You will find it on the second, third and fourth ree. La Bomba can substitute any symbol on the reels, including the Scatter.

The theme is highly humorous since it features a girl named Guadalupe as the main character. There's no other more Mexican-ish name than Guadalupe, right? Guadalupe is actually a bad girl, who likes playing with her bombs. Since Mexico is known for mobsters and mafia, it is only natural Guadalupe to want to protect herself (let’s hope that that is the reason why she possesses those bombs; we don’t want to think she’s a terrorist of her own).

In the background, you will see an abandoned village called San Perezoso, with the recognizable Mexican balconies and windows and the beige façade of the houses. You will also notice a small well on the right of the reels, some plants and trees. There are several bomb-like symbols on the reels, such as cherry bombs, then actual dynamite, Molotovs, and power kegs, bells, and cacti.

Senora Guadalupe will give you 20x the stake payout for a 5-of-a-kind. With the multipliers during the Free Games and the great RTP 96.27%, La Bomba can give you some bombastic payouts.

If you’re a fan of the Mexican theme like we are, you would absolutely love this slot. It’s fun, it’s hilarious, it features an attractive girl, cacti, flowers and bombs; so you know that there will be action! Side City Studios and NextGen have set a really solid RTP of 96.27%, and there are several multipliers you can get during the Free Games, so payout-wise, we would say that La Bomba is worth a shot!