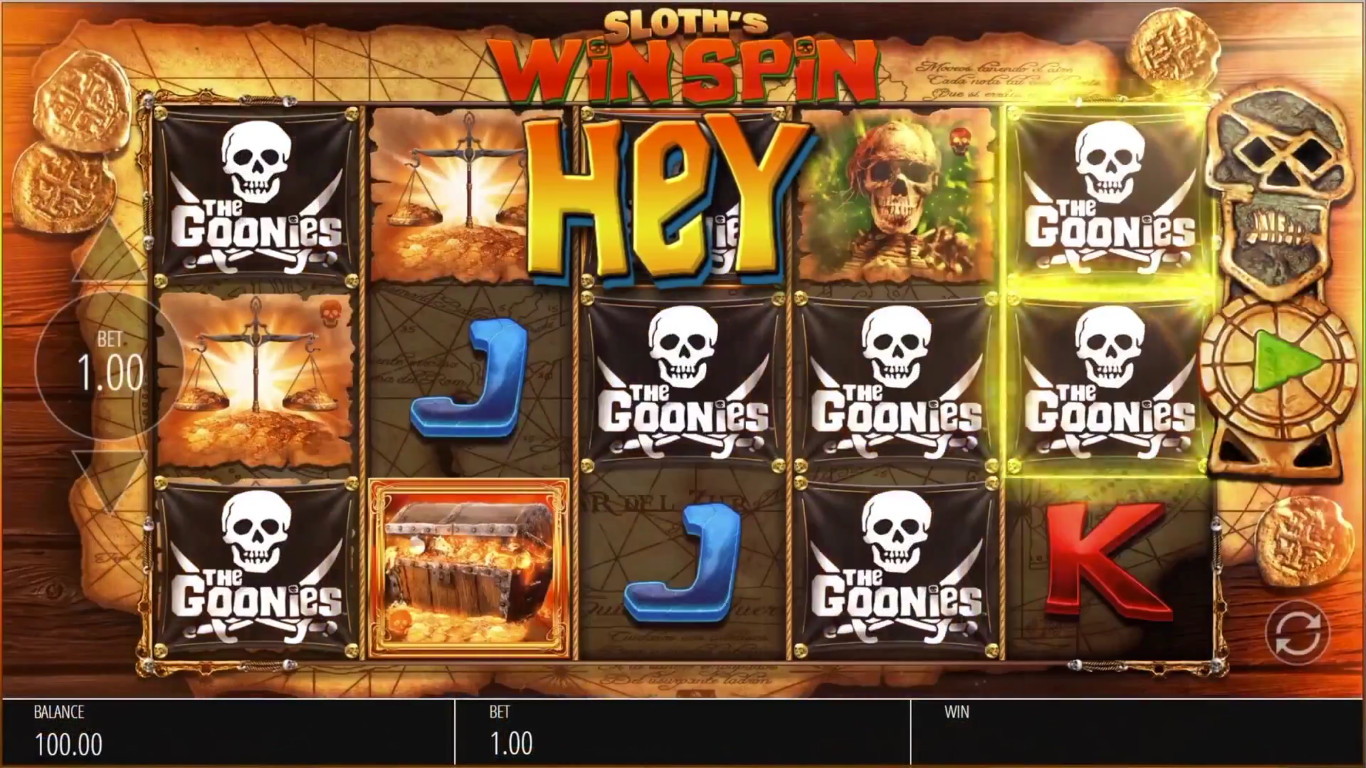 The newest release by Blueprint Gaming is a real piece of art. It is actually a branded slot based on the Spielberg movie The Goonies™. It features a pirate theme and is filled with mysterious treasures, gold, exciting features, and action, a lot of action. Regardless of whether you have watched the movie or not, you will appreciate the theme and you will come to like the characters. The one thing that you would absolutely love is the payout potential.

The slot is action-packed, filled with special features. First, of course, you will find the Wild. It is presented with something that looks like an ancient silver coin, and substitutes for all regular symbols except for the One-Eyed Willy Scatter. In addition, for 5-of-a-kind, the Wild rewards you with 500 coins, as does the Super Staked Pirate Flag symbol.

As you can see, there is a huge number of features you can trigger that will make you spin the reels much longer than you would expect from a regular slot.

As mentioned, the slot is based on the Spielberg movie, and although you may find some of the movie’s characters during the special features, for the most part, the pirate theme prevails. The symbols you will find include a pirate flag, pirate ships, treasure chests, an old balance scale, skulls, a lot of gold coins, and of course, the Royals as the lowest-paying symbols. You will notice that the graphics are impeccable and the gameplay super engaging and fun.

You never expect that many features and bonus rounds from a slot and that is what makes The Goonies special. The number of features is huge! There are so many things that can be won, you just need to keep on spinning the reels and enjoying the gameplay. The entire slot is superbly designed, with crisp clear graphics and an interesting theme. You should give it a try, absolutely.